Sesame seeds are tiny, flat oval seeds with a nutty taste and a delicate, almost invisible crunch. They come in a host of different colors, depending upon the variety, including white, yellow, black and red.

Sesame seeds are highly valued for their high content of sesame oil, an oil that is very resistant to rancidity. Sesame seeds are the main ingredients in both tahini and the Middle Eastern sweet treat, halvah.

Open sesame—the famous phrase from the Arabian Nights—reflects the distinguishing feature of the sesame seed pod, which bursts open when it reaches maturity. The scientific name for sesame seeds is Sesamun indicum. 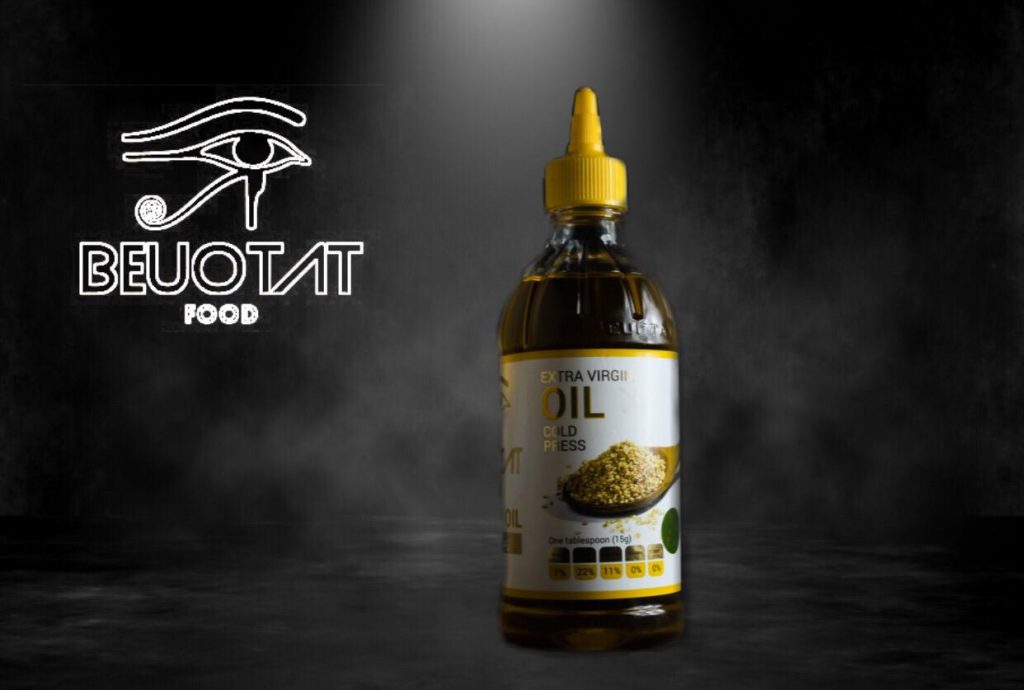 While sesame seeds have been grown in tropical regions throughout the world since prehistoric times, traditional myths hold that their origins go back even further. According to Assyrian legend, when the gods met to create the world, they drank wine made from sesame seeds.

These seeds were thought to have first originated in India and were mentioned in early Hindu legends. In these legends, tales are told in which sesame seeds represent a symbol of immortality. From India, sesame seeds were introduced throughout the Middle East, Africa and Asia.

Sesame seeds were one of the first crops processed for oil as well as one of the earliest condiments. The addition of sesame seeds to baked goods can be traced back to ancient Egyptian times from an ancient tomb painting that depicts a baker adding the seeds to bread dough.

Sesame seeds were brought to the United States from Africa during the late 17th century. Currently, the largest commercial producers of sesame seeds include India, China and Mexico.

Not only are sesame seeds an excellent source of copper and a very good source of manganese, but they are also a good source of calcium, magnesium, iron, phosphorus, vitamin B1, zinc, molybdenum, selenium, and dietary fiber. In addition to these important nutrients, sesame seeds contain two unique substances: sesamin and sesamolin. Both of these substances belong to a group of special beneficial fibers called lignans, and have been shown to have a cholesterol-lowering effect in humans, and to prevent high blood pressure and increase vitamin E supplies in animals. Sesamin has also been found to protect the liver from oxidative damage.

Sesame seeds are an excellent source of copper, a very good source of manganese, and a good source of magnesium, calcium, phosphorus, iron, zinc, molybdenum, and selenium. This rich assortment of minerals translates into the following health benefits:

Copper is known for its use in reducing some of the pain and swelling of rheumatoid arthritis. Copper’s effectiveness is due to the fact that this trace mineral is important in a number of antiinflammatory and antioxidant enzyme systems. In addition, copper plays an important role in the activity of lysyl oxidase, an enzyme needed for the cross-linking of collagen and elastin—the ground substances that provide structure, strength and elasticity in blood vessels, bones and joints.

In recent studies, calcium has been shown to:

There is a little bit of controversy about sesame seeds and calcium, because there is a substantial difference between the calcium content of hulled versus unhulled sesame seeds. When the hulls remain on the seeds, one tablespoon of sesame seeds will contains about 88 milligrams of calcium. When the hulls are removed, this same tablespoon will contain about 37 milligrams (about 60% less). Tahini—a spreadable paste made from ground sesame seeds—is usually made from hulled seeds (seeds with the hulls removed, called kernels), and so it will usually contain this lower amount of calcium.

The term “sesame butter” can sometimes refer to tahini made from sesame seed kernels, or it can also be used to mean a seed paste made from whole sesame seeds—hull included.

Another reason for older men to make zinc-rich foods such as sesame seeds a regular part of their healthy way of eating is bone mineral density. Although osteoporosis is often thought to be a disease for which postmenopausal women are at highest risk, it is also a potential problem for older men. Almost 30% of hip fractures occur in men, and 1 in 8 men over age 50 will have an osteoporotic fracture. A study of 396 men ranging in age from 45-92 that was published in the American Journal of Clinical Nutrition found a clear correlation between low dietary intake of zinc, low blood levels of the trace mineral, and osteoporosis at the hip and spine.

Phytosterols are compounds found in plants that have a chemical structure very similar to cholesterol, and when present in the diet in sufficient amounts, are believed to reduce blood levels of cholesterol, enhance the immune response and decrease risk of certain cancers.

Phytosterols beneficial effects are so dramatic that they have been extracted from soybean, corn, and pine tree oil and added to processed foods, such as “butter”-replacement spreads, which are then touted as cholesterol-lowering “foods.” But why settle for an imitation “butter” when Mother Nature’s nuts and seeds are a naturally rich source of phytosterols—and cardio-protective fiber, minerals and healthy fats as well?

In a study in the Journal of Agricultural and Food Chemistry, researchers published the amounts of phytosterols present in nuts and seeds commonly eaten in the United States.